The Swedish government presented one of its largest cultural budgets to date in order to support the sector during the corona pandemic. The sector will receive an additional SEK 3.4 billion (EUR 325 million) for the period 2020–2021. The Swedish Museums Association welcomes the budget proposal, which will mitigate financial consequences and help organisations get back on track.

At a press conference earlier this week, Per Bolund, Swedish Minister for financial markets, described the initiative as a guiding choice for the future, as he emphasised the intrinsic value of culture for an open and democratic society. The budget provides, amongst others, SEK 1.5 billion (EUR 144 million) in immediate crisis support for the autumn 2020 and another billion in stimulus funds for restructuring and resuming cultural activities in 2021. This includes permanent reinforcements of regional culture and the conditions of cultural producers. The regions are given an extra SEK 450 million (EUR 43 million), while SEK 80 million (EUR 7.7 million) is allocated annually to arts professionals (6 million of which is earmarked for visual artists).

In a press release, Jeanette Gustafsdotter, Secretary General of the Swedish Museums Association, welcomes the budget and says that the decision to go for a stimulus package indicates that the government has listened to the museum sector and its needs. She especially welcomes the permanent reinforcements that are planned for the regional culture.  Jeanette Gustafsdotter adds that museums have suffered a lot and that it is important that the money is distributed to the museums that need it the most. She also adds that it is difficult to tell what kind of long-term support measures will be necessary since we still do not know how tourism and museum visits will be affected in the coming months.

A striking feature of the crisis package is that the government sets aside SEK 50 million (EUR 4.8 million) to increase the state’s art acquisition budget as an “infrastructural” support for the art field.

Statement on the role of museums in addressing the climate crisis

NEMO supports the Bremerhaven Declaration, which is one of the outcomes is the outcome of the international symposium “How To...?... 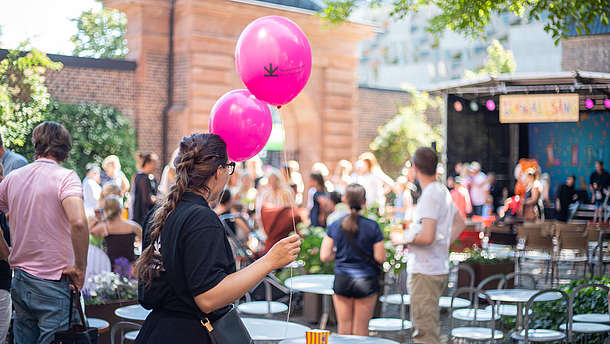 From 12 October to 27 November 2020, the virtual forum “Culture x Climate 2020” will unite leaders, practitioners, activists, researchers, and experts. They will exchange on and learn how arts, culture and heritage can help drive...

On 20 October 2020, NEMO participated in the webinar ”Nordic Museums and Intangible Cultural Heritage”, organised in connection to...