The UK Museums Association reports that the English councils predict a £700m gap in culture and leisure budgets due to Covid-19. At the same time, major museums and cultural heritage institutions announce mass redundancies.

According to a report from the Institute for Fiscal Studies (IFS) , the English councils expect to spend £192m more on culture and leisure, while losing an expected £484m in sales, fees and charges, which usually is generated from the sector. The previously announced income compensation scheme will cover some of the losses but considering the £2bn budget gap that the councils are facing, some may have to cut services unless additional support is provided.

In order to cope with the predicted financial losses, some UK museums and cultural heritage organisations are making staff redundant. The UK Museums Association writes “news that Tate is making more than 300 of staff at its commercial subsidiary redundant has brought home the scale of the crisis facing the museum sector’s workforce. This follows announcements of other plans for redundancies including up to 1,200 at the National Trust, about 400 at London’s Southbank Centre, and many more at the museum trusts in Birmingham and York.”

The recent developments indicate that the UK government’s £1.57bn Culture Recovery Fund will not save jobs in the sector. The official guidance even makes it clear that the main purpose of the £1.15bn of grants and loans available is to enable institutions to survive the crisis. Firing staff is one of the options mentioned and redundancy payments are among the purposes the money can be used for.

Find more information about the budget gap and the mass redundancies on the website of the Museums Association. 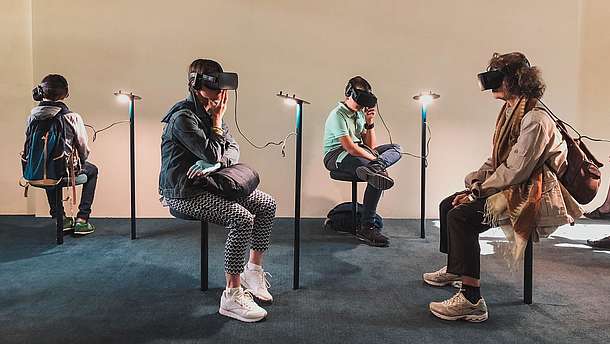 Contribute to workshops on digital...

On 20 and 21 April 2021 the project inDICEs is organising two consultation workshops on digital transitions in the cultural heritage sector. Cultural heritage professionals, researchers and the inDICEs community will discuss needs...

On 29 April 2021 at 17:00 CEST, museum education experts Dr. John Falk and Judith Koke, Institute for Learning Innovation, invite to a conversation about the role museums play in the community’s wellbeing. Registration to the free...

A Communication published by the European Commission on 17 March 2021 charts the way ahead for a safe re-opening with a balanced...