The Research Centre for Museums and Galleries (RCMG), in the School of Museum Studies at the University of Leicester, recently announces the winners of the Activist Museum Award 2020-2021. The award was launched in 2019 to celebrate and foster activist thinking and practice in the UK museum community.

The Activist Museum Award is for an individual or group working in/with museums to support the research and development of an activist project that reflects the ideas presented by Robert Janes and Richard Sandell in their recent book, Museum Activism (2019). Richard Sandell gave a keynote speech at NEMO’s European Museum Conference – Museums Making Sense. Have a look at the recording.

The three winning projects – proposed by 100 Histories of 100 Worlds in 1 Object, The Museum of Transology and Journey to Justice stood out for their strong activist ambition, creativity of ideas and potential to have impact on the sector.

The winners are awarded £1000 each and tailored mentorship to support the development of their ideas. The projects will be invited to showcase their important work and share the findings with students, researchers and practitioners from across the cultural sector at an event – The Activist Museum – on 10 November 2021.

RCMG has also announced that the Activist Museum Award 2021-2022 will be launched in September 2021.

100 Histories of 100 Worlds in 1 Object aims to create a dynamic online platform for cross-disciplinary histories of museum artefacts (blogposts, podcasts, and other formats) from subaltern groups with the ultimate goal of addressing broader questions that concern the role of museums in the multicultural societies of tomorrow. The departure point for this initiative was Neil MacGregor’s BBC Radio 4 programme (and subsequent book) A History of the World in 100 Objects of 2010. Nearly ten years after the radio programme was broadcast, this initiative argues that it is time to return to its narrative; and in particular to the formerly subaltern communities it left out. The pilot project, which provides a foundation for a research project, exhibition and podcast series, will do this by hosting online world cafés to facilitate conversations between researchers, heritage and museum practitioners in the Global South.

The Museum of Transology

The Museum of Transology is the UK’s most significant collection of material culture surrounding trans, non-binary and intersex lives. Each object donor has complete autonomy over what they choose to donate to the collection. To further ensure they are the curators of their own stories, they submit their object with a hand-written message on a brown swing tag that explains its significance in their own words. This Activist Museum Award will enable the MoT to pilot a new collecting strategy that will use a combination of film and objects to deliberately and measurably increase the visibility of QTIBIPOC communities within the collection.  The project will contribute to halting the whitewashing of the concept of transness and trans collecting, by offering participants the chance to self-determine their rightful place in transcestry. By publicly acknowledging the start of proactively decolonising the MoT– including sharing the Activist Museum Award prize money amongst the QTIBIPOC participants– the Museum of Transology hopes to inspire other community museums to begin their own decolonisation projects.

Journey to Justice is a national human rights education charity, an alliance of volunteers of all ages and backgrounds who believe that learning about human rights movements, the arts of social protest and the factors which make change happen, can galvanise us to become active citizens ourselves. With the widening wealth gap and deepening economic and racial inequality, Journey to Justice’s next project will focus on economic injustice in the UK which lies at the heart of so many challenges facing millions, concerning their employment, housing, health, education, recreation, relationships and family life - all now laid bare and magnified by the coronavirus crisis and Black Lives Matter. Working together with the Rainbow Collective, the award project will result in an Economic (In)Justice Action Pack to be used by museums, local communities and the wider public. 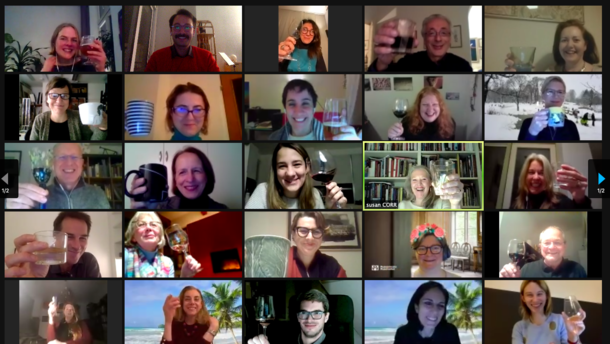 Kick-off of project that will improve skills...

In a new report NEMO analyses how museums have been affected by the pandemic. The findings and recommendations follow up on the main themes that emerged in the first report, namely consequences of losses, digital offers and...

Portugal hosts the Presidency of the Council of the European Union

From 1 January-30 June 2021, Portugal will preside the Council of the European Union for the fourth time.