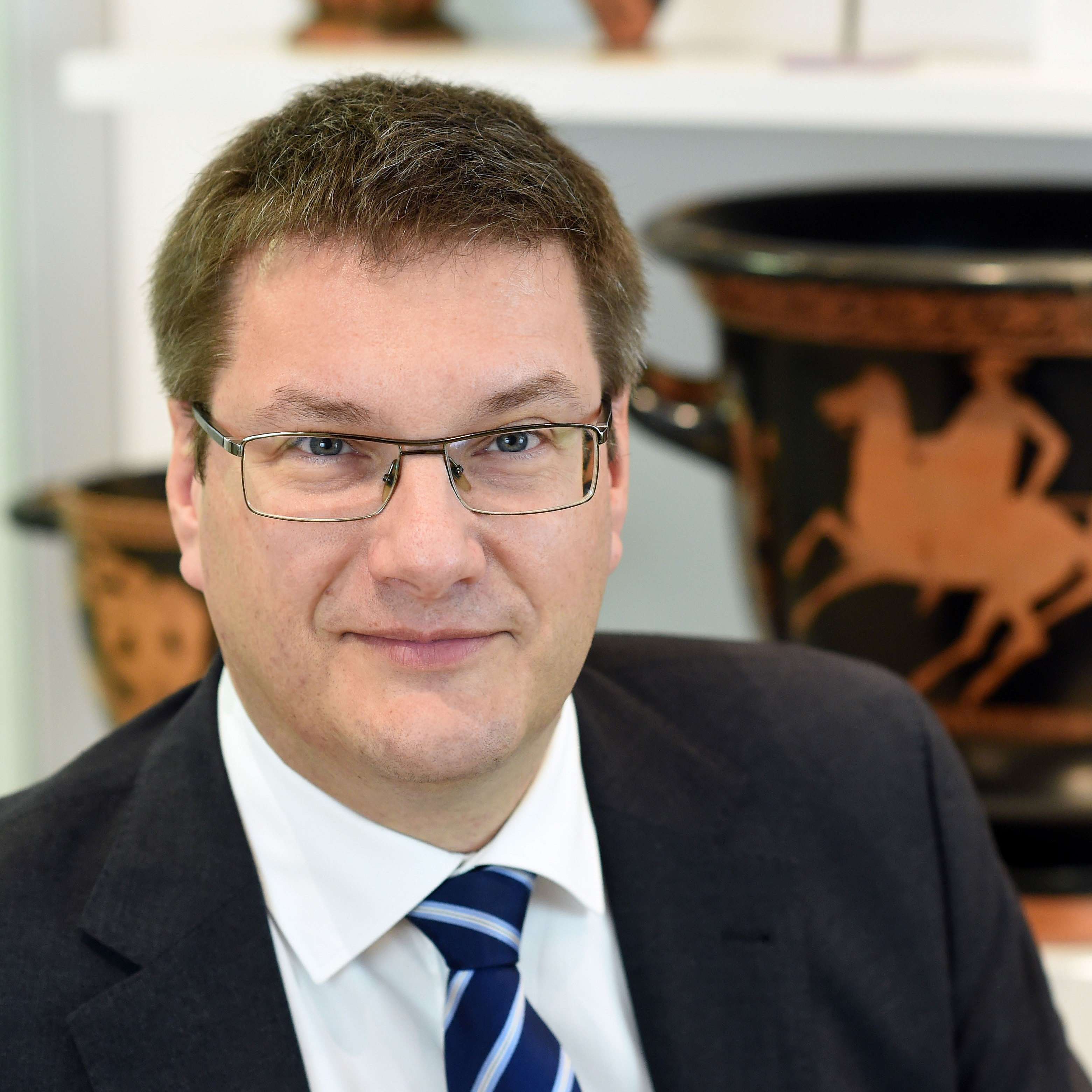 Eckart Köhne was born in Karlsruhe, studied Classical Archeology, Ancient History and Christian Archeology in Bonn and Heidelberg, completing his studies with a doctorate in 1996. Thereafter he began his professional activities as a Trainee and Curator at the Museum für Kunst und Gewerbe in Hamburg.

As an expert in Museum Consulting, he moved in 2001 to Ludwigshafen to the Museumsverband Rheinland-Pfalz. From 2004 to 2007, he planned and organized the major State Exhibition “Constantin the Great” in Trier and became Director of the Rheinisches Landesmuseum Trier in 2008. In 2011 he became Director and Business Manager of the Historisches Museum der Pfalz in Speyer.

Prof. Köhne has been a member of the Executive Committee of the Deutscher Museumsbund since 2010; he was elected as its President in 2014. He became the Director of the Badisches Landesmuseum in Karlsruhe in July 2014.

At NEMO’s European Museum Conference 2020, Eckart Köhne will give an impulse speech to start off the conversation in the COVID-19 discussion group "Advocacy for museums in crises times" on 19 November.