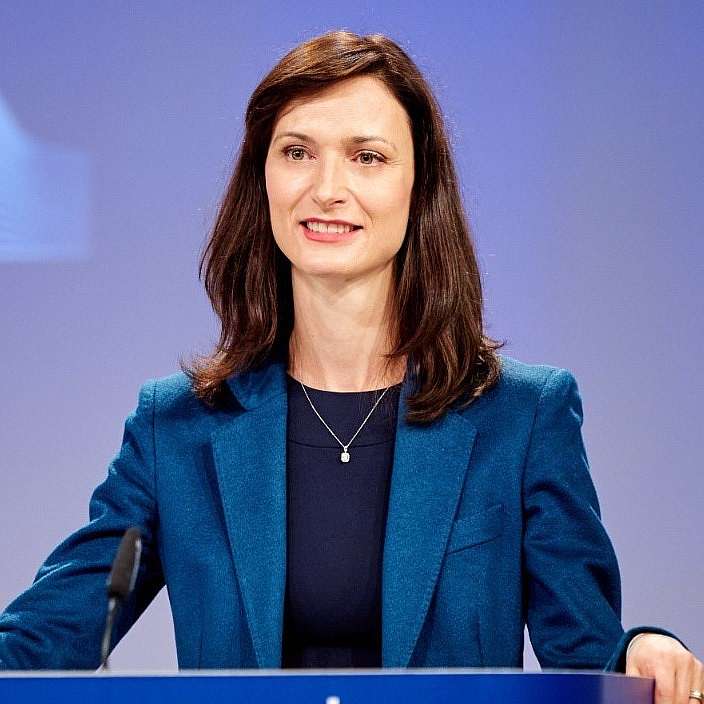 Mariya Gabriel is the European Commissioner for Innovation, Research, Culture, Education, Youth and Sport. Under her leadership the new Horizon Europe, Erasmus+, and the cultural strand of Creative Europe programmes (2021-2027) will be defined and implemented.

Her main priorities are excellence in research, innovation and education (ERA, EEA, EIA) ; tackling the R&I divide in Europe ; Europe as a leader in strategic innovation areas through the digital and green transition, with a particular attention to young people and regions. “No one left behind” and “Think out of the box” are her mottos.

Between 2017 and 2019, Mariya Gabriel was European Commissioner for Digital Economy and Society. She proposed the new Digital Europe programme, worked on EU Strategy on AI, disinformation online, cybersecurity and launched the EuroHPC strategy. She has extensively engaged with external EU partners to enhance digital cooperation, in particular with the Western Balkans and Africa.

Commissioner Gabriel is board member of the United Nations youth programme Generation Unlimited (GenU). She has been ranked among the 50 most influential women in Europe in the field of cybersecurity by the leading European cybersecurity magazine SC Media UK (2019). Mariya Gabriel is also known for her involvement in the fight for gender equality. Amongst others, she received the prestigious Italian prize “Golden Apple” for highest achievements for women. At the European Parliament, she was awarded twice the "MEP of the year" - in 2016 in the Development category, and in 2013 in the Gender equality category.

She holds a Master's degree in political sciences and international relations from the Institute of Political Studies (Bordeaux, FR) and a Bachelor’s degree in Bulgarian and French Languages from “Paisii Hilendarski” University (Plovdiv, BG). She also graduated from “Dr.Petar Beron” Language High School (Kyustendil, BG).

At NEMO’s European Museum Conference 2020, Mariya Gabriel will on 16 November welcome the participants to the conference.