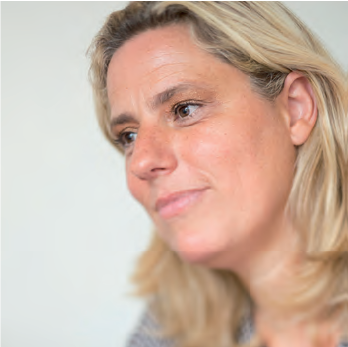 Sophie is the director for institutional and international relations at Universcience in Paris. She has developed her skills in two fields: Human Resources Change Management & International Cooperation Projects in Scientific, Cultural and Technological Field. Prior to that, she was a member of the French National sailing team preparing for the Olympics.

After a master’s degree in business and general management in Grenoble, Sophie worked at several cultural institutions in France; the Opéra National de Paris (French National Opera House), Radio France International, a public radio service and TV broadcasting- and in the medical area; the French blood services EFS (Etablissement Français du Sang)- As part of her missions, she was involved in international cooperation projects.

In 2009, she joined Universcience and held the position of HR manager and Director before the merger of the Palais de la découverte and the Cité des sciences et de l’industrie. She
was part of developing the global strategy for the new institution. Since 2015, she has taken over responsibility for the international development, having completed an executive MBA at HEC School of Management in Paris. She is now Head of Institutional and International Relations in charge of national and international affairs. She contributes to enlarge the notoriety of Universcience at national, international and European level. She strengthens and structures the links with Universcience’s institutional environment and with the network of cultural centres and institutes across Europe and abroad. She is also involved in the networks of European and worldwide science centres to facilitate the development of projects and partnerships in France and around the world. Sophie is board member of ICOM France.

At NEMO’s European Museum Conference 2020, Sophie Biecheler will give an impulse speech to start off the conversation in the COVID-19 discussion group "Approaches to the new normal. Experiences of the first weeks reopening the museum" on 19 November.

Universcience
Universcience, comprising the Cité des sciences et de l’industrie and the Palais de la découverte in Paris, is the first French public institution for the communication of scientific and technical culture.

It is a public industrial and commercial institution, with an operating autonomy from its two supervision ministries: Ministry of Culture and Communication, Ministry of Education and Higher Education and Research.

Its 3 million visitors per year have made Universcience the 5th most visited cultural site in France and one of top science centers in the world. Its interactive and fun approach is aimed at tackling science and technology through discovery and examination of the major challenges facing our world via temporary or permanent exhibitions, spaces dedicated to children, science facilitation, resource facilities, experimentation with innovative digital tools and cultural engineering.

Universcience shares its know-how throughout the world with a view to spreading scientific and technical culture. It puts its expertise, in various fields at its partners’ disposal: museology and touring exhibitions, notably for the young public, cultural engineering, and counseling in the technology of planetariums, science facilitation and digital communication, audience research, accessibility.